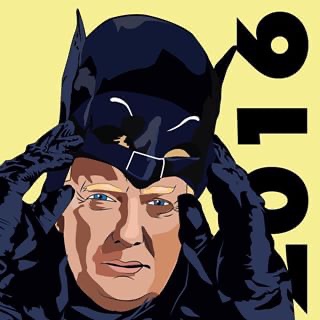 Have you ever seen a superhero take a shit?

Every superhero secretly craves the limelight, and will even battle one another for it.

The superhero is a con artist, a narcissist posing as an altruist. Hence the disguise.

The superhero is a reclusive millionaire (Batman) a flamboyant millionaire (Tony Stark) a magical millionaire (Dr. Strange) or, getting right to it, a god (Thor).

The arch-enemy of a superhero emerges from the shortcomings of that superhero; the wealth and privilege the superhero defends produce the evil they will eventually vanquish, at their leisure.

The superhero sets the barn on fire, then expects applause when they put it out.

For zombies, a superhero is scum coagulating at the top of a boiling pot.

Zombies are filthy and eat without utensils.

Zombies are the salt of the earth, the great unwashed.

Zombies swarm and are anonymous.

Zombies rush through borders, climb over walls; a superhero builds them.

Zombies cry out: No Pasaran! The superhero pats us on the head, and says, “this too shall pass.”

Zombies harness the ‘wisdom of the crowd’ against the private power of the few.

Zombies lose their teeth and hair from disease; the superhero secretly harvests black market organs so as to live forever.

Zombies act to satisfy basic needs and desires denied them; the superhero stands for ‘a man and his castle’ and ‘every man for himself’.

The superhero is, in a word, an ubermensch. A word from which every zombie recoils, yet also a meat sack every zombie will devour with relish.

To the superhero, zombies are irredeemably different, less than human, and an eternal threat; to zombies, a superhero is meat.

A superhero will hold the line.

Zombies do not wait in lines.

A superhero is clean, bright, mostly white, fashionable, and, above all, ironic.

Irony: when fate conspires, unexpectedly and often humorously, against you.

Zombies believe that ‘we make our own history, just not in conditions of our own making.’

(Zombies slur their speech, so I may not have got that exactly right.)

Zombies feast on superhero irony, then spit the bones into that boiling pot.

Zombies represent that movement towards liberation the masses carry out when, by becoming a class for themselves, they engage that inexorable motor of history, the struggle of poor against rich, class against class, us vs them–and win.

We are many, they are few.

‘Everything we want is in the end of you’.